Eating Fatty Food During Teenage Might Up Breast Cancer Risk

A recent US study warns that eating a lot of fatty food during adolescence might lead to higher breast density in early adulthood – indicating a higher risk cause for breast cancer.

“Overall, our results suggest possible long-term effects of fat intake during teenage years on young adult breast composition,” said Seungyoun Jung – one of the researchers from the University Of Maryland School Of Medicine in the US.

The study was published in the journal Cancer Epidemiology, bio-markers and Prevention.

The team studied data from DISC – Dietary Intervention Study in Children. DISC was a multi center randomized trial started in 1988.

It enrolled 663 pre-adolescent children including 301 girls between the ages 8 – 10 years.  Who had assessed diet on several occasions during adolescence.

A follow-up study was conducted when partakers were 25 to 29 years old. Measured the breast density by magnetic resonance imaging in 177 female participants.

Researchers found out that a higher intake of saturated fat & lower intakes of mono- and polyunsaturated fat during adolescence, both were associated with a higher percent dense breast volume (DBV) in early adulthood.

Parallel differences were found for individuals in the lowest vs. the highest quartile of mono-unsaturated fat intake. 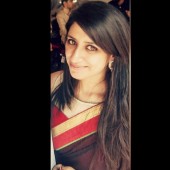 An MBA student,inquisitive and peppy, Sanya loves to travel and write. She is always looking for big and exciting opportunity for her. A big time foodie, who believes in hard work, thinking big and sticking to her goals. If we look wisely, stories can be discovered all around us is what she believes.

Health issues due to lack of haemoglobin in blood