Benefits of Milk Thistle-Silybum Marianum or Milk Thistle, as a herb is able to promote healthy digestive function by helping with the production of enzymes, increasing the bile production, decreasing inflammation and comforting the mucous membranes throughout the body.

There are numerous evidences, which support that Milk Thistle may be hepatoprotective through a number of mechanisms viz., antioxidant activity, toxin blockade at the membrane level, enhanced protein synthesis and anti-fibriotic activity.

Milk Thistle is shown to decrease, or even reverse, damage to the liver that’s been caused by prescription medications, antibiotics, alcohol, pollution, heavy metals and so on.

Milk Thistle seeds are a high source of the antioxidant flavonoid called Silymarin. Silymarin is associated with decreasing the risk for cancer development by boosting the immune system, fighting DNA damage and reversing cancerous tumor growth.

In 2007, after reviewing several studies involving Milk Thistle therapeutic treatments, researchers at the University of Minnesota found that:

“There is strong preclinical evidence for silymarin’s hepatoprotective and anti-carcinogenic effects, including inhibition of cancer cell growth in human prostate, skin, breast, and cervical cells.”

Silymarin acts as a cancer protector because it is “a toxin blockade agent” and inhibits binding of toxins to the cell membrane receptors, according to researchers at the University Magna Graecia Department of Experimental and Clinical Medicine. About 50 % to 70 % of the Silymarin molecules present within Milk Thistle are of the type called Silybin. This antioxidant stimulates protein synthesis and changes the outside layer of healthy cells, keeping them protected from damage and mutation.

Milk Thistle supports the endocrine and gastrointestinal systems by aiding in the production of bile and enzymes and also in purifying the blood.

Milk Thistle can also help purify the body of metabolic waste, thereby regulating the function of the gallbladder, in addition to the kidneys and spleen.

As Milk Thistle is categorized as a supplement, rather than a drug, it is not subject to the same oversight and quality control from the FDA that standard drugs are. As a way to detoxify the body temporarily, the recommended daily intake of Milk Thistle is 150 milligrams, taken one to three times daily. For ongoing use and liver support, take 50 to 150 milligrams daily.

Milk Thistle is known to have fewer side effects, that too when consumed for years. Some people may experience nausea, diarrhea, itching, bloating and insomnia.

For people who are allergic to Ragweed, Artichokes, Chrysanthemums, Kiwi, Daisies and Marigolds, Milk Thistle can trigger allergic reactions. Since Milk Thistle may lower blood sugar, people suffering from diabetes should use caution while taking the herb so that their blood sugar should not fall too low and also should consult a doctor before consumption. While Milk Thistle has been traditionally used by pregnant and breastfeeding women in different civilisations, its safety is unknown.

So pregnant or breastfeeding females must check with the health care provider before using Milk Thistle.. Milk Thistle is not recommended for children.

Article is based on:

Advances in the use of Milk Thistle (Silybum Marianum), University of Minnesota, Minneapolis, Minnesota 55403, USA

A report requested by the National Center for Complementary and Alternative Medicine, a component of the National Institutes of Health, and sponsored by the Agency for Healthcare Research and Quality. 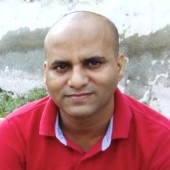